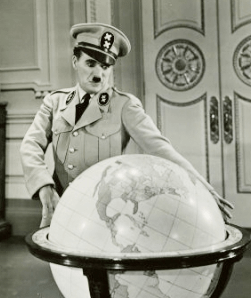 Charlie Chaplin is an iconic English actor and filmmaker that quickly rose to fame during the early 20th century. Because of his brilliance in the film industry, it didn’t take long for young Chaplin to be known as the popular actor he was, receiving several awards for his work. His dedication and genuine passion for filmmaking are what made Chaplin a one-of-a-kind director and producer. He was commonly known as The Tramp, which captured the attention of many fans during the silent film era. Charlie Chaplin’s entire work undoubtedly made a significant impact in the film industry, mainly on most movies we know today.

When we say Charlie Chaplin, comedy films are not the only things that would come to mind. Chaplin is also known for his innovative ideas and genius mind when it comes to movie directing. It is known that Chaplin was among the pioneers in film visual effects, and his work continues to be among the most famous today.

Most of Chaplin’s films were known as silent slapstick comedies that are sure to make viewers laugh. Interestingly, there is a lot more to Chaplin’s films than simply comedy; visual effects were already used during these early years of the film industry. In this article, we are going to look into the great works of Charlie Chaplin, as well as his outstanding contribution to film visual effects.

What are Visual Effects?

Most of us probably have an idea of what visual effects are. When we watch movies, we often see different types of visual effects used by movie directors to enhance the overall appearance of the film. These effects vary in various factors, giving the viewers realistic imagery.

Interestingly, visual effects had evolved significantly over the years, especially with the help of modern technology. During the early years of visual effects, movie directors used different camera tricks to produce fascinating movie effects. Excellent examples of these films are the beheading scene of Mary, Queen of Scots, and of course, Charlie Chaplin’s film: Modern Times.

Modern Times is a film made by Charlie Chaplin in 1936. Interestingly, this is the last film where Chaplin appeared as the iconic Tramp. In the movie, Chaplin showcases his usual Tramp persona filled with slapstick and humor. He played the role of a factory worker that soon ends up in jail after several blunders at work. Chaplin quickly escaped and ended his time in prison, causing him to meet a girl named Ellen. Meeting Ellen is an exciting moment for Chaplin, wherein they tried their best to find a new job and start anew. However, little did Chaplin knew that authorities are still on the lookout, trying to put him back in jail. This event caused Chaplin and Ellen to run and look for a place to hide.

After a series of slapstick comedy at first, the film soon reached the roller skating scene where Chaplin seems to be performing a death-defying stunt. The scene took place in a toy section of a department store, and both Chaplin and Ellen wear a pair of roller skates. Chaplin then showcased his roller skating skill and performed different tricks while wearing a blindfold. However, this scene is not the usual skating trick performed by Chaplin since he is extremely close to falling off the ledge of the toy section.

This scene was a popular moment for Chaplin where he expressed his expertise as an actor and filmmaker. This skating scene is a perfect example of visual effects performed in the early 20th century, wherein the gap in the floor is actually a painting that gave a realistic image of Chaplin close to falling.